Got the idea for this one from my sister, though she’s never gotten to actually try making them. I didn’t use a recipe for this, I just made it up as I went, which is the best kind.

You can thinly slice the zucchini with a knife or grater, but since I have a mandolin, I used it.

Toss the zucchini slices in a bowl with half olive oil and half vegetable oil (olive oil tastes better, but tends not to get crispy)

Mix in all the herbs and ingredients, except for the fresh rosemary. 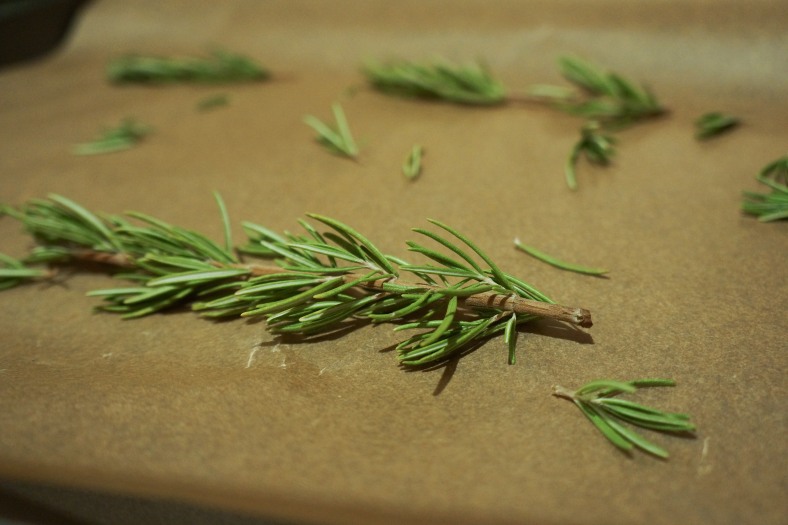 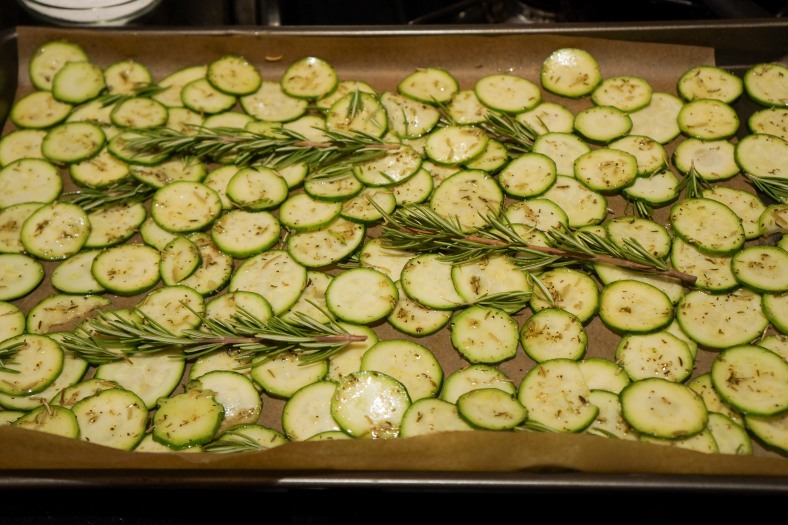 If you have a gridded oven rack, that will produce crispier chips than parchment paper, which may not allow the zucchini to crisp. Spread the zucchini out thinly, trying, as best as possible, to avoid overlap. Intersperse the fresh rosemary.

Bake at 350°F for 15-20 minutes (depending on your oven) and then flip. If you have a convection oven, you’re more likely to get crispy chips.

One thought on “zucchini chips”